When Sony designed the Sony A7 and A9 series cameras, it seems like they designed it for hobbits or a group of people who have really small hands. I have this idea that they went to market and every photographer they found had hands the size of my 8-year-old daughter. I can’t see any other reason for the way they designed their cameras, or one of them would have identified that you couldn’t actually hold the camera properly.

I’m not sure why every mirrorless manufacturer thinks that all camera users want tiny cameras. Some of us just like mirrorless for being mirrorless, for the use of the EVF, and the WYSIWYG perspective of the world where you know the photo is going to look exactly the same as you saw through the viewfinder. And yet for some obscure reason, not one camera manufacturer has made a decent sized mirrorless.

I spent a bit of time looking around at grip extensions for my A7’s. I bought The Sony battery grip and I’ve kept that available for one of my bodies, but the battery grip really turns it from tiny into a monster. It’s great when you are using a 100-400, but too large when you’re using a 35mm f/2.8 and want something to extend the grip so your pinky finger doesn’t feel like you’ve abandoned them. When I picked up my second body, I decided to go for a grip extension to see how it would compare. 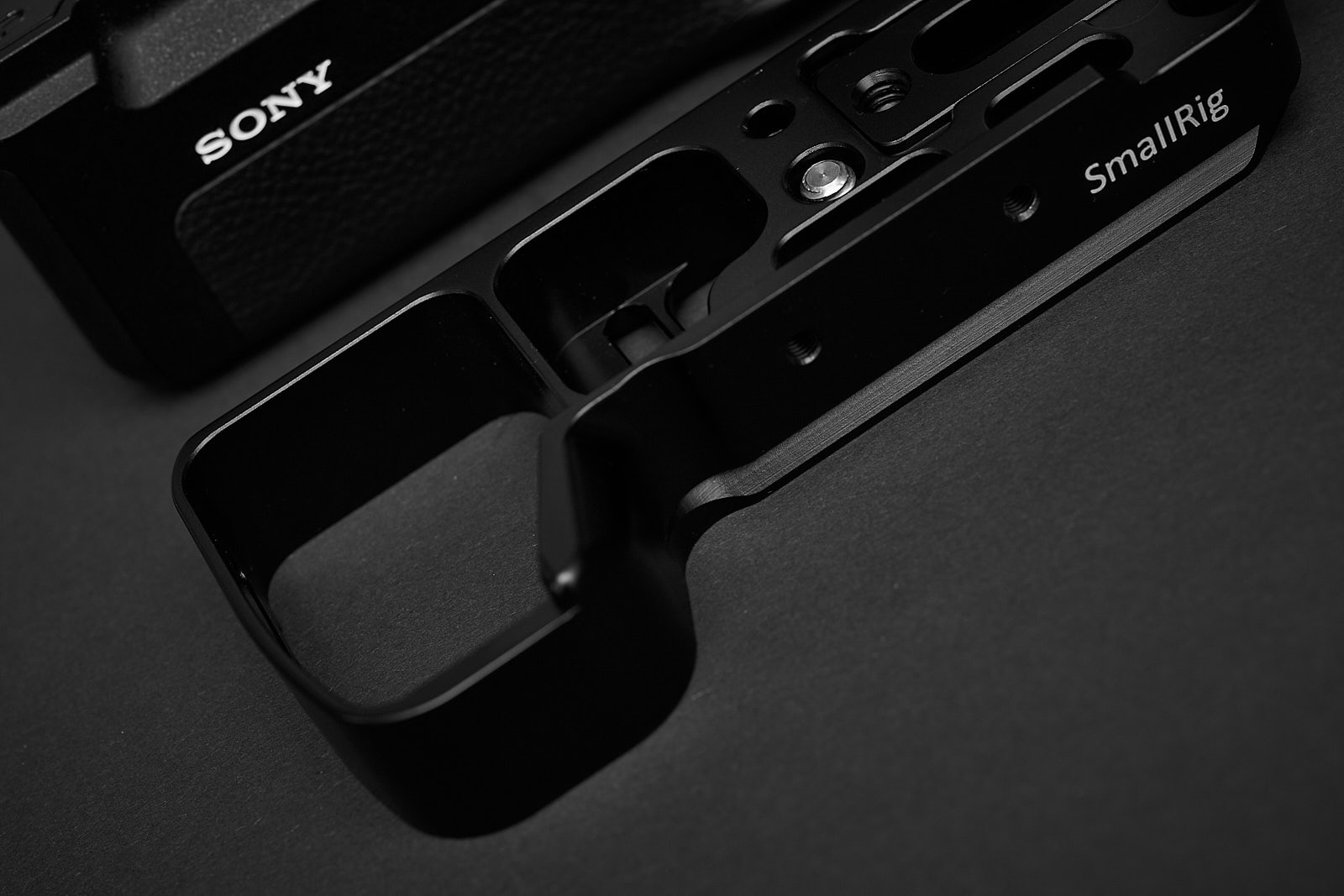 The Sony grip extension – What were you thinking about Sony?

It gives me the impression somebody on the design team was asked to create a grip with an extra finger space and they literally just plugged on an extra finger space at the bottom and didn’t think further. It’s a facepalm moment if I ever saw one. Surely when someone asks you to create a grip, you look at the market and see what the best of breed products look like and you try to produce something that’s best of breed. Not Sony, this grip would take utter incompetence to produce. No Arca Swiss plate, it falls over when you try to put it on a table, were they actually on drugs? It was a wasted opportunity. 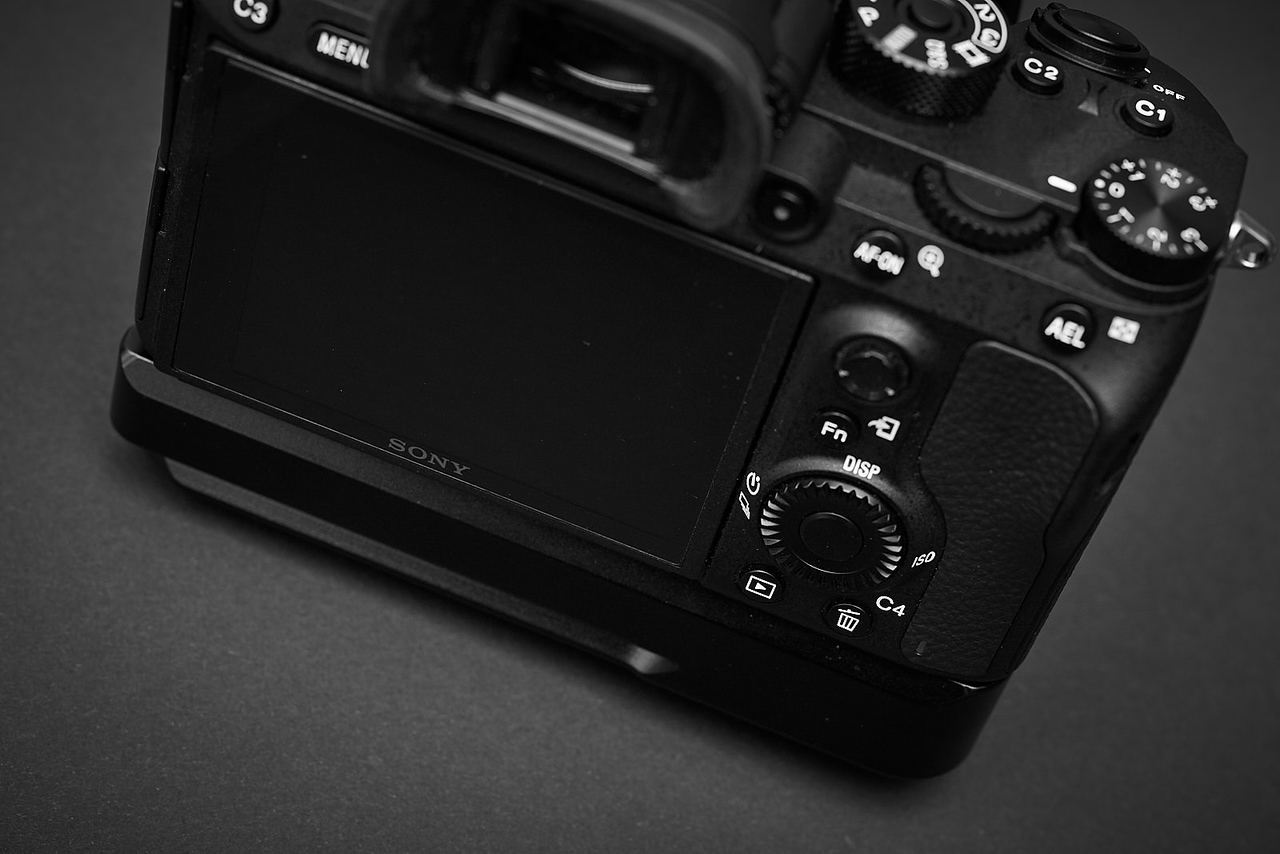 What’s on the market

Obviously, the Sony was out. What about the alternatives? When I started looking, I find three potential alternatives:

The RRS grip was a little expensive for this type of experiment. I wasn’t sure how the grip would suit me so spending over $100 seemed like an overkill.

The weird-looking Lennon with the bending battery grip area just didn’t do it for me. Not quite sure what it was but I didn’t like it.

That left just the SmallRig and that is where we are now. 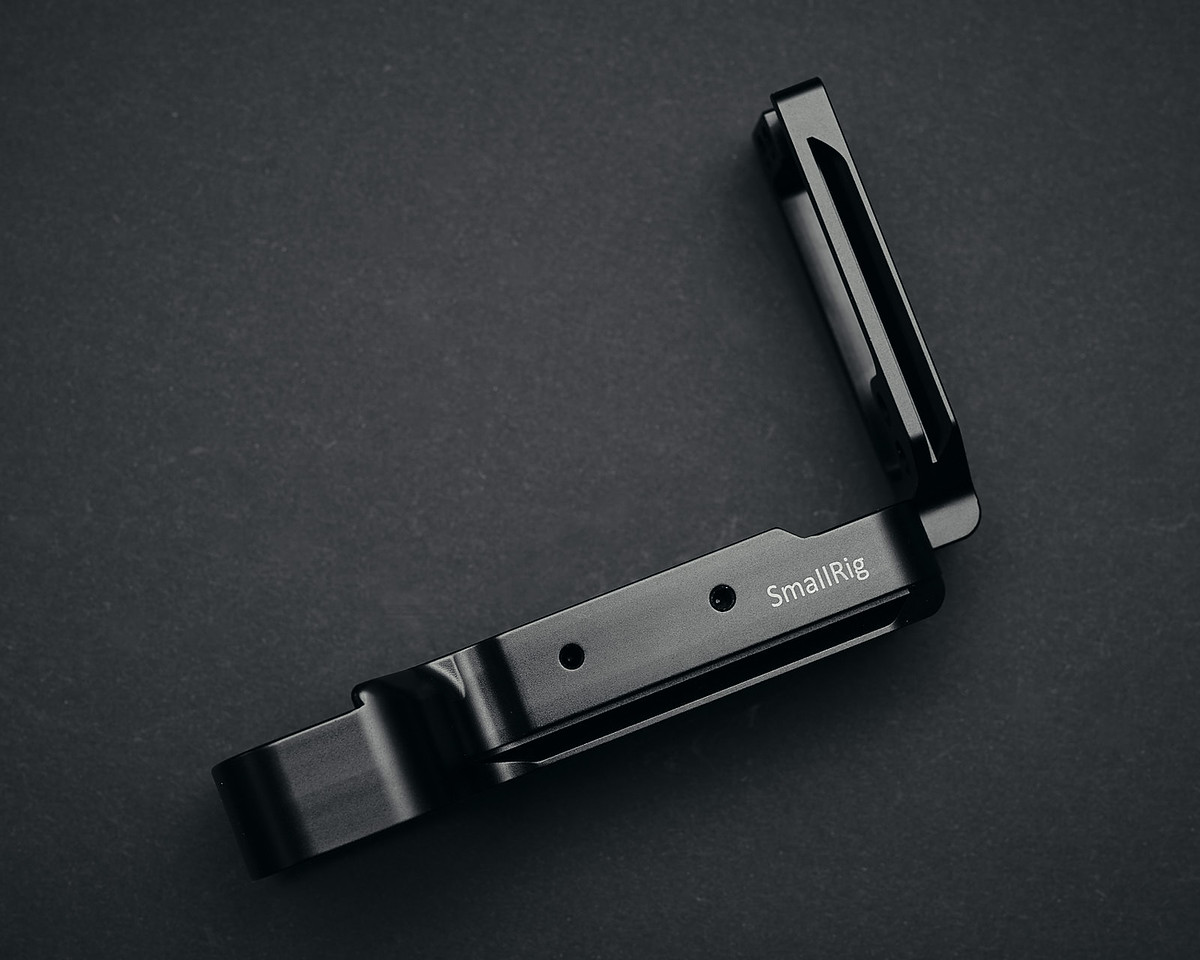 I ordered my SmallRig off eBay. Pricing was about $60-$80, not cheap but not overly expensive either. For about $40 more, you could pick up an aftermarket Meike battery grip, so it’s something to consider before spending that sort of money.

Don’t expect much on the packaging front, mine arrived in just a plastic bag. Okay, it was in a parcel box, but the grip itself wasn’t boxed. The construction is excellent. It’s an all metal construction, clean lines, overall looks good.

If I was going to knock anything, I’m not a fan of sharp edges and this has quite a few of them. I like it when they put a slight curve to take the edge off. 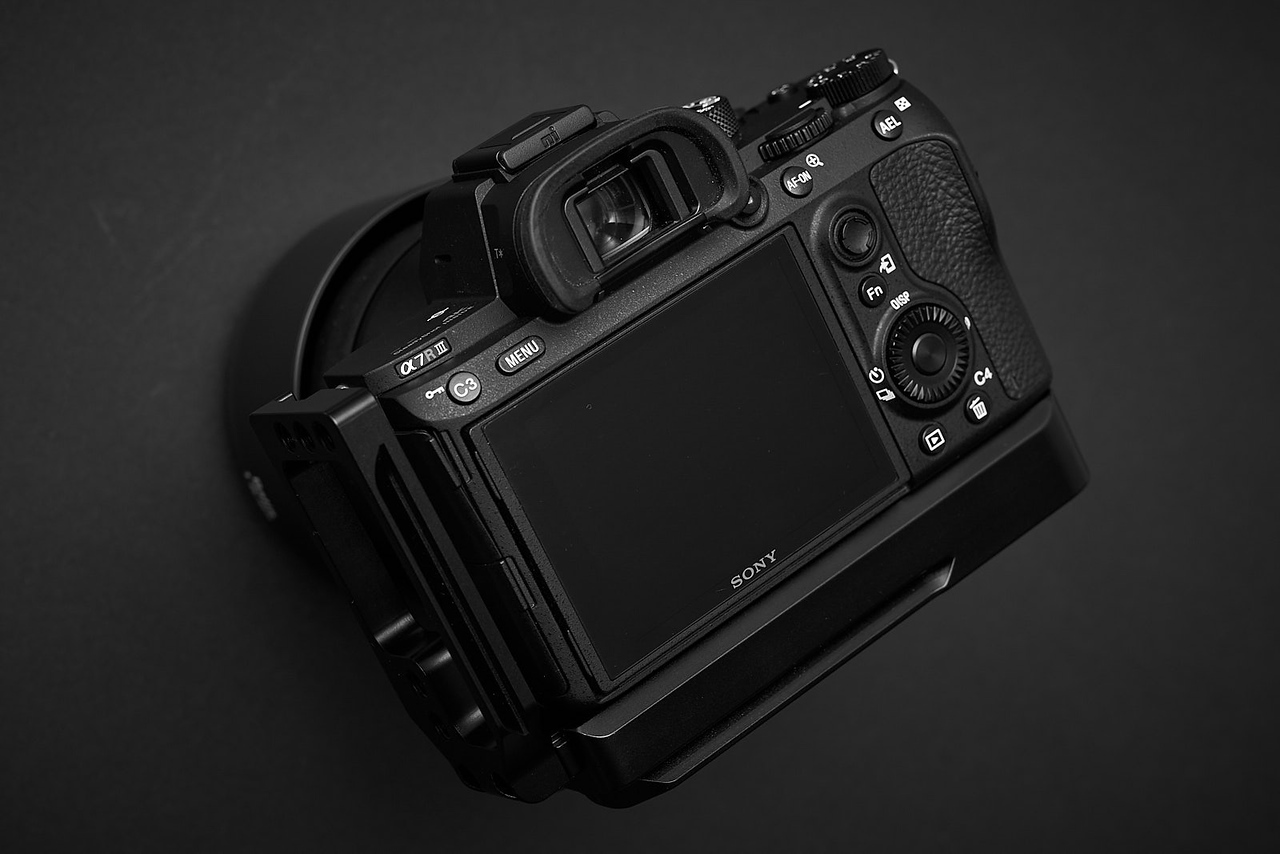 This is an L-Plate. If you’ve never seen an L-Plate, this is what it looks like. Why an L Plate? It an arca tripod plate that allows to turn the camera from horizontal to vertical and mount it in a tripod without changing the whole ball head. In the case of products like this, they have included a grip.

From a grip perspective, it’s a really nice size. I’m not a fan of all the extra holes on it, but I get why they did it, and I’m sure there will be other people who appreciate it…just not me. The grip adds enough space to get the extra finger onto the grip, and solves the problem I currently have with some of my ONA bags where I like to have a bigger grip, but the A7 is too big with the Sony battery grip.

I really like the magnetic hex key attachment at the bottom of the grip that ensures that you would need to carry a hex key or forget it at home if you have issues. I’m not sure if it will get lost, only time will tell.

I expected the fit to be a lot better. It fits the design, but it isn’t really fitted well enough that it stops any movement. The problem is that it is metal on metal and having something which isn’t fitted perfectly metal on metal is always going to be an issue. It’s a lost opportunity for the guys at SmallRig, I think it could easily have been a lot better, potentially through adding some rubber grip to the base. Even a simple rubber layer would have been better than metal on metal and I can see the metal on metal finish resulting in some scratches to the camera which will impact resale value. Even with it pretty tight, there was still some movement and I don’t like making grips so tight it feels like you are going to strip the thread.

Fortunately, it’s not a show stopper. Solving this problem required the simple addition of some adhesive “croc grip”, a local brand of soft adhesive rubber tape I picked up for a couple of dollars at the local hardware. It’s the sort of stuff they put on boat stairs so people don’t slip when they walk on wet stairs. I stuck this on, cut out the edges with a craft scalpel and voila, 10 times better all of a sudden. No movement, no risk of damage to the camera and not difference aesthetically. I’d recommend you do the same.

My only other issue with the grip is that the type of metal is naturally slippery. I think this could easily have been resolved with a rubber grip coating on the front that is aligned with the camera grip. A finger indentation would have been a nice touch, they’re small issues but these are the kinds of things that help. 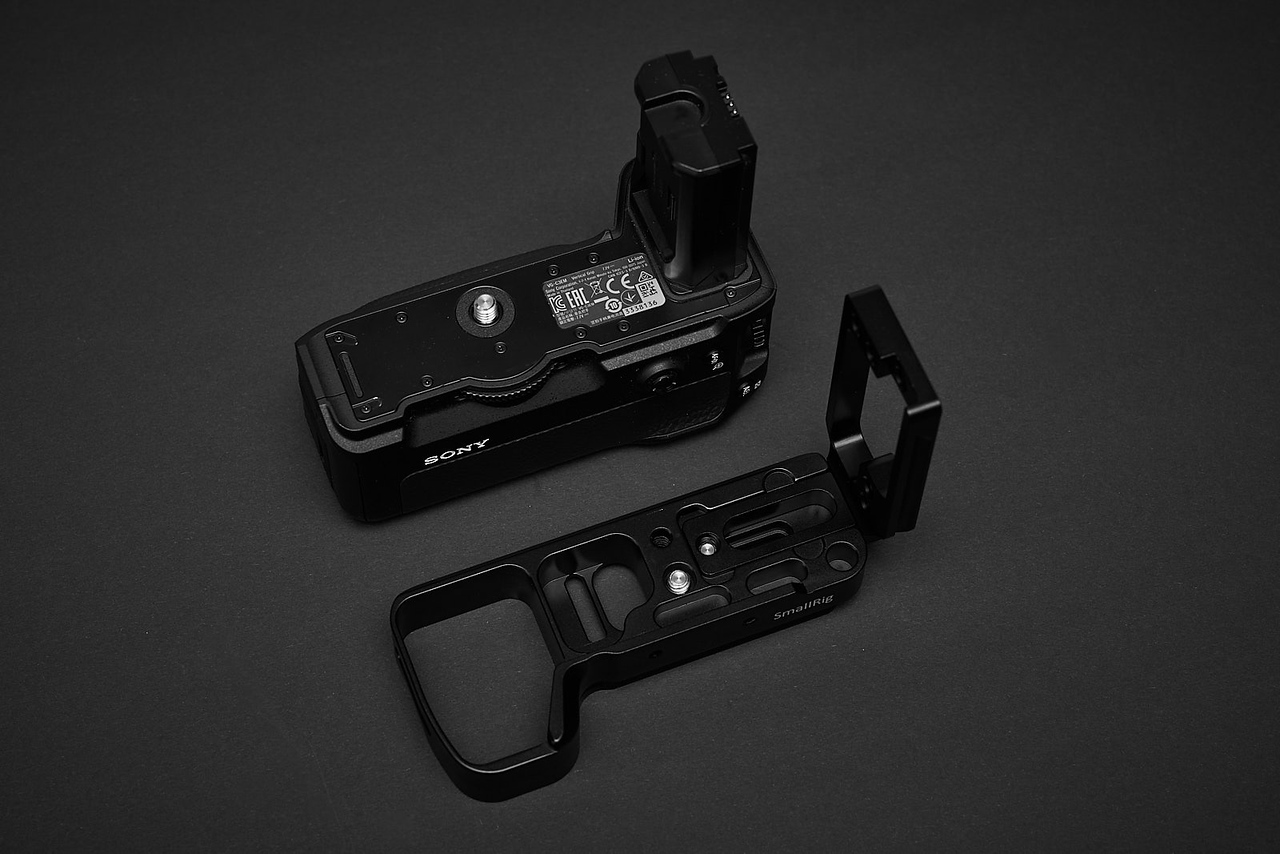 Whilst I may have been fairly brutal with my assessment in some areas, it’s actually a very good grip. It’s well constructed and does a good job of achieving what you need, if you add the extra grip to stop it moving around.

If you’re looking for an arca plate with grip extension, then this would be one of the first I would recommend.

The big question for me is whether it will suit everyone? Probably not, but it’s another option to consider.