When I lived in Fujiland, the Fujifilm 90mm (APS-C) quickly became favourite from a focal length perspective. I didn’t have a particular affiliation with the 135mm focal length, I think I originally picked up the 90mm because the AF speed on the Fujifilm 56mm was terrible for kids, but I fell in love with focal length and the compression after that.

With my move to Sony, I started with the Zeiss Batis 85 which is amazing, but after a while buying a 135mm seemed was a foregone conclusion, it was just a question of which one. The Zeiss Batis 135mm F2.8 would have been the logical choice, small and light, but us humans aren’t known for logical choices. This is how the bigger and heavier Sigma 135mm f1.8 ART found it way into my collection. I had a light portrait lens with my Zeiss 85mm Batis so I thought for this one I was going to purchase the beast, and a beast it is…beauty and a beast all in one.

For those who don’t know me, if you want a technical review with sharpness charts, dimensions, that’s not me. I think there are better sites for sharpness tests, lens charts, my photos are what I do and show.

The Sigma 135mm ART retails for around US$1300 or AUD$1600 in Australia which is very reasonable for a portrait lens of this quality focal length and aperture. You can get it cheaper on occasion depending on the deals that are happening. I think I paid a little over $1500 at the time. I was fairly lucky with the 135mm ART. It was out of stock in most stores (like the Tamron 28-75), so when I found a Tamron 28-75mm at a store about 45 minutes drive from where I lived, I asked them to hold it and decided to make the drive and collect it. Whilst I was there I saw a 135mm ART on the shelf and asked whether they had the Sony mount in stock…jackpot! It was meant to be. I got a discount for buying both high demand lenses at the same time as an added bonus.

The Sigma 135mm is packaged in Sigma’s usual white boxes. Whilst the boxes are largely colourless, the packaging on the ART lenses aren’t substandard by any means. The 135mm comes in a nice padded lens case ensuring the lens remains well protected. The padded case is good, similar to the type of case you get with a Nikon 70-200 mm f/2.8. I’m torn in my preference. I sometimes think it’s better to have a thinner pouch that can be used on an everyday basis, but I think this offers better protection for long-term storage.

The construction of the lens is very good. It has an all metal construction, with the exception of the hood which is plastic, normal for most high quality lenses. From a construction perspective, there is little to complain about although some would complain it’s too well constructed, I’ll cover that in the weight section.

Whilst the 135mm ART is an FE mount lens, it isn’t a true FE mount from a mirrorless perspective. The current set of Sony mount lenses are still adapted DSLR lenses so you will find a one inch gap between in the form of a built-in adapter between the mount of the FE mount version compared to the Nikon or Canon mount versions. It would be great to see Sigma provide true FE mount versions which is more likely to happen now that both Canon and Nikon have joined the full frame mirrorless market.

I wasn’t expecting anything spectacular given the focal length and aperture. Portrait lenses tend to be horrible from an AF perspective but this lens honestly surprised me. I’ve heard people say that the autofocus isn’t great, but I have to say it isn’t terrible by any standards and could easily hold up to sports action.

There are three areas I conducted my very unscientific and completely inaccurate tests:

Kitesurfing is always good because you it challenges the AF on various levels, including shooting into the sun. To be completely honest, I had more problems with the AF system on the A7iii itself getting confused with what to focus on than the 135mm missing focus. It’s not the best choice for kitesurfing, but it’s capable, with it’s biggest issue being it’s focal length rather than the AF speed. Kitesurfing tends to be more of a 100-400 or waterhousing sport. 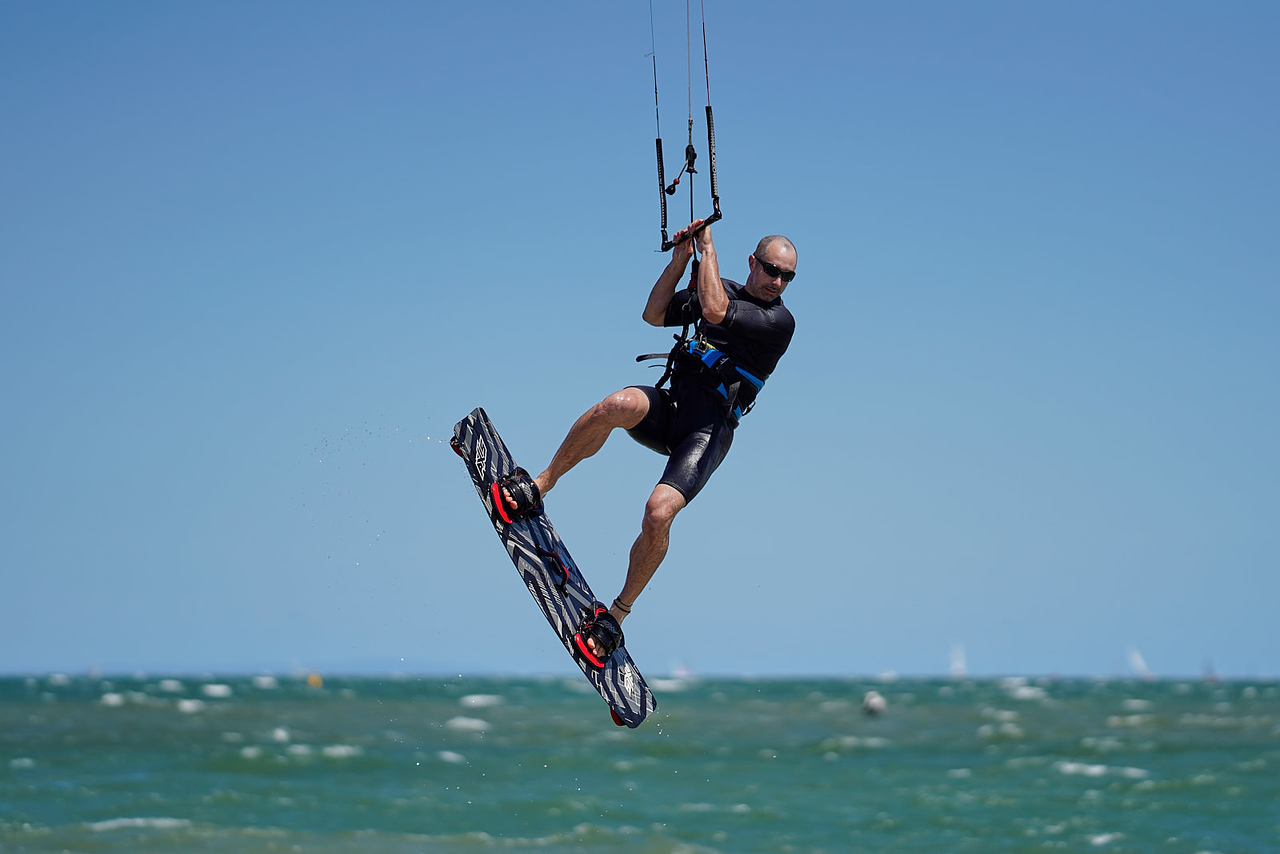 Children are great because they are like unpredictable olympic athletes. They move fast, change direction when you least expect. It’s like getting sidestepped by a top athlete, you look one way, they go another. Another hit. It wasn’t perfect but the hit rate was in the 90’s so I couldn’t find that much to complain about.

Birds are great because they move quickly and if you use the right location, the background can be confusing for the camera to maintain focus. Again, the lens was up to the challenge with most of my misses relating to the bird disappearing off screen than the AF system. Again, probably more suited to a 100-400 but it did the job admirably.

As you can see from the shots, the lens performed well and I’m happy overall from an AF perspective, given it’s not designed to be a sports lens. Nothing left me saying “damn this thing is slow”.

Wow. Honestly. Wow! In case you missed that…Wow! This thing is very sharp, and sharp wide open. I know there are people who may try point out sharper lenses on lens charts, but this is one of these occasions where I have to ask, how sharp does a lens need to be before you start saying “it’s sharp enough”.

As the kind of lens you expect to be sharp wide open, it’s more than up to the challenge and I honestly don’t see people selling this lens for sharpness. Weight maybe, sharpness no. If I was going to compete on survivor, I’d take this along because I could cut trees with it. 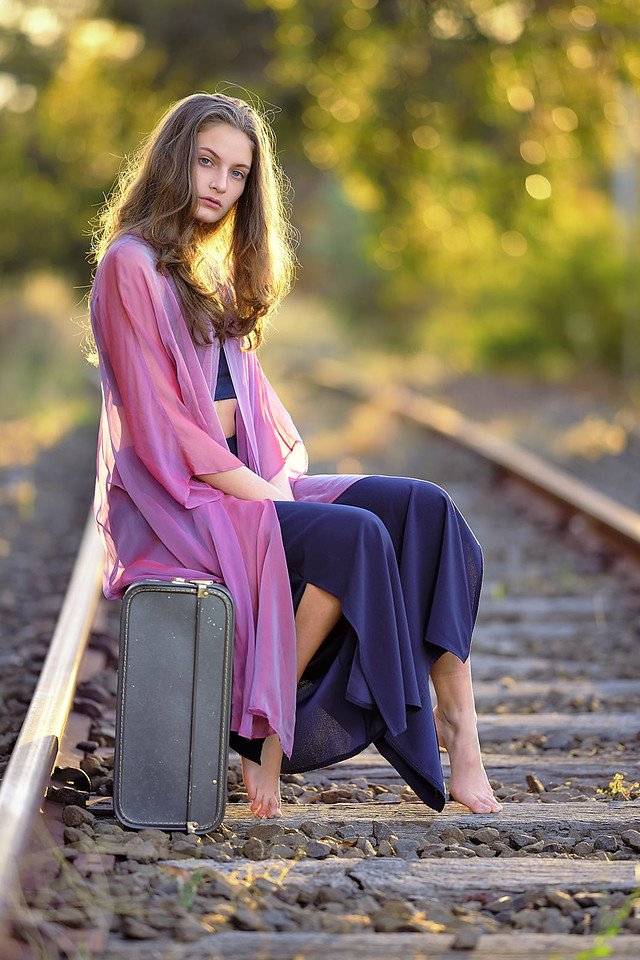 The lens is heavy, weighing in at 1.1kg’s, similar in weight to a 70-200mm f/4, but not as heavy as a 70-200mm f2.8. It is manageable for an entire shoot without any levels of discomfort, although I’ve found it tends to be more balanced with a battery grip on the camera.

Obviously if weight is a major concern, the Zeiss Batis 135mm would be a far better option, but in a perfect world, I’d take both. I could take the Batis around for every day use with my 28-75 and the 135 purely for portraits, but for now I can live with the 85 Batis for every day use and this as my main portrait lens.

For now, there aren’t any f/1.8 alternatives, but rumour has it that Sony is working on their own version so if you’re in no rush to buy, that might be an alternative, but expect it to come with a hefty price tag, twice the price of the Sigma ART version wouldn’t come as a surprise to me.

The striping issue with Sony and lenses

For those who don’t know, there are striping issues with mirrorless (as a whole) which occurs from the reflection off the PDAF (focus) sensors. One of the first questions people ask is whether the striping issue exists with this lens. I’ve heard it’s worse with some lenses than others but I can’t say I have experienced enough of it to be a concern. I’ve picked it up once or twice in really strong backlit scenarios, not just backlit, heavy-duty sun behind the person stuff, and the fix was easy as shown below, but I can’t say it’s problematic enough that I’ve been overly concerned. I was a little surprised that it occurred the first time. In one of the photos highlighted above, the striping issue exists. I didn’t even rectify it in the photo on purpose to see if people were even aware it existed at web sizes but it does and the fix is simple. Got to the link below, upload your raw file and you get a new raw file back.

What starts off looking like this (zoomed in at about 200%), and yes, it’s an out of focus area before you ask, because obviously I am not going to zoom in to the backlighting: 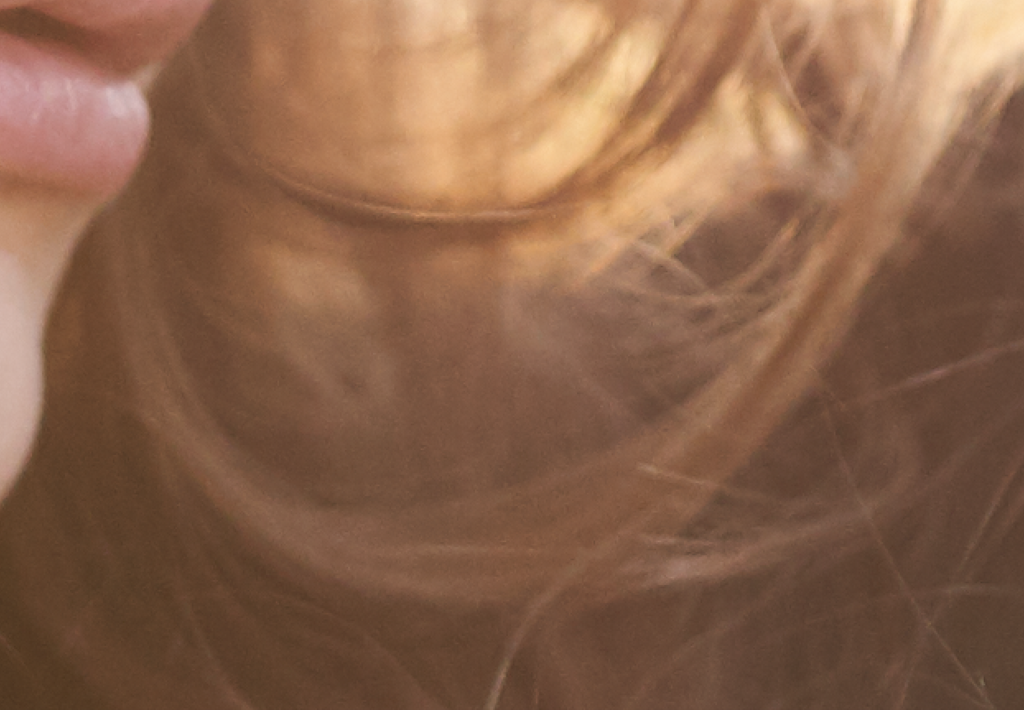 Honestly, striping issue no problem. Don’t let striping issues cloud your lens selection, it’s a camera issue that Sony needs to address in software or the camera, but there are fixes for now if you shoot compressed raw.

Beauty and the beast, I think it’s the only way to describe this lens. It’s a lens of two personalities, the beast in it referring to the weight, which to be honest, doesn’t bother me in the slightest for dedicated portrait shoots, and the beauty, what you get to see when your photos come out the other side.

It’s really hard to dislike this lens when you consider the price point and what it delivers and I suspect the real haters will be those who travel where weight is a premium. I wouldn’t carry this around europe or to a mountain top, it’s not that kind of lens. I didn’t take it to Fiji when I went there on holiday. As I mentioned before, in an ideal world you could have both a Batis and a Art, and there is nothing wrong with doing that. I do that in a misaligned fashion with my Batis 85 and 135 ART, but I don’t think I would consider losing the ART unless Sony released a f/1.8 and I had the budget to splurge, it’s simple too good a lens and when it’s as sharp as this wide open, you’ll have to pry it out of my dead, tired, hands.