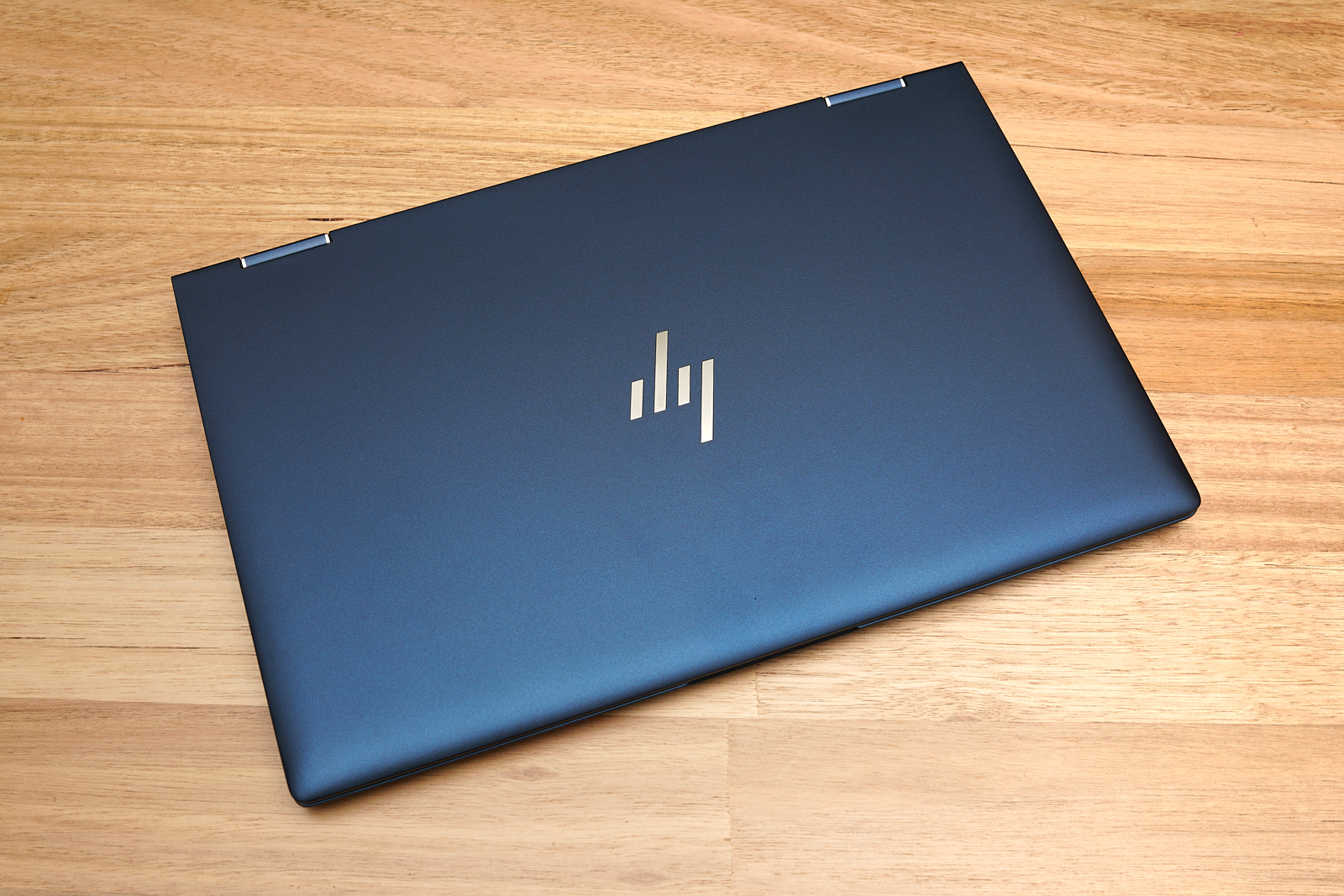 I’ve been looking to shift to a hybrid/2 in 1 for some time now to complement my new desktop. I was hoping that would be with Apple but we’ll all know where that has gone. Maybe it will change with Apple’s switch to ARM, but with Apple’s attitude to what customer want, I probably had more chance of falling pregnant through wind pollination.

For those looking at the context of my switch, you can read about it here. I won’t bore you going through it again.

For those who don’t know, I have a non-photography related business. Photography has always been creative output for me. While I have a high powered desktop at home, having access to a decent laptop is quite important for me. It will be used for photography, but it’s not the primary goal.

I wanted an exec level compact laptop that still had enough power to handle some of my creative requirements.

The devices I evaluated at the time were:

I ruled out the Surface Book 3 (no 4k, no LTE, no USB-C) and the Yoga X1 Gen 5 (no 4K in Australia) as I had some timeline constraints. Timeline constraints are the same reason I didn’t wait for the 5G Dragonfly.

I ruled out the Spectre which isn’t available in the LTE model if you want a 4k Screen. While LTE wasn’t mandatory, I figured I already had the Dragonfly from HP with it. The performance differences between the 8th and 10th gen weren’t huge.

I could technically have ruled out the XPS but I decided to try all 3. The Dragonfly was a little harder to find in a store but a friend had been issued one by his company.

The Dell, surprisingly enough didn’t stand out in any categories. I know this will probably annoy some Dell but its just my perspective. 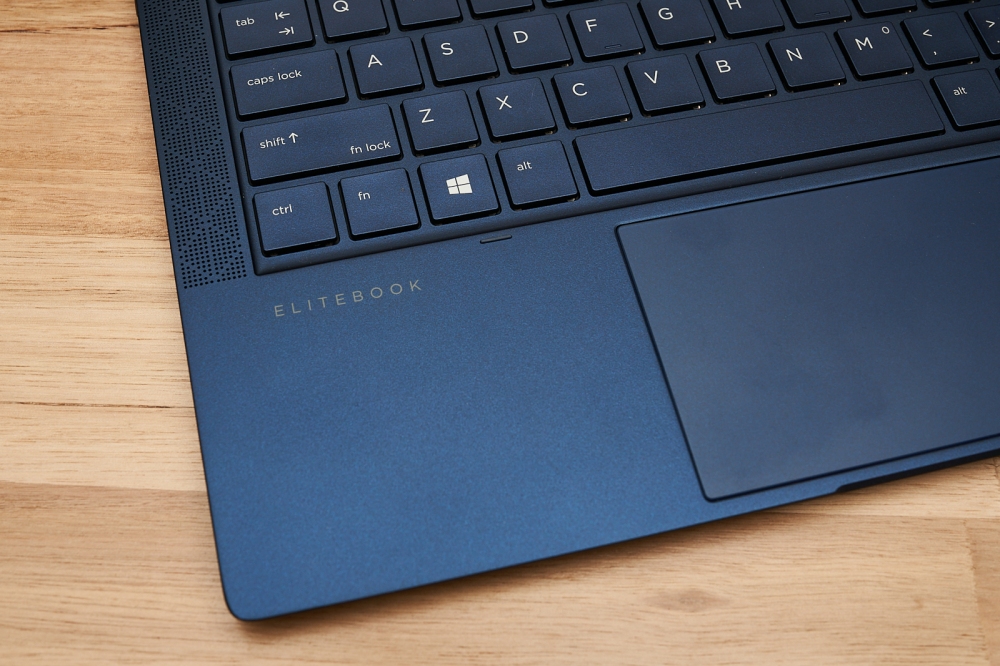 In the box you get:

Coming from Apple gear, I’m used to aesthetically pleasing designs (and carrying 400 adapters). Like it or not, Apple has been good at it. It’s also an area where many Windows laptops traditionally suffered.

The Dragonfly is targeted more at executive levels. Yeah, you know those hypocrites at the top who skimp on your toilet paper quality to save $100 for the whole building, but spend a fortune on a top of the range laptop despite only using it for email.

As a result, looks are somewhere between a Margot Robbie and Chris Hemsworth, depending on your sexual preference. Absolutely beautiful. The blue is hard to describe, almost iridescent, amazing. Combined with the silver logo, it has looks to die for (so you’re getting the bad ass version of Margot Robbie in Suicide Squad). I think this has to be one of best looking laptops on the market. The photos don’t do it justice.

I liked the blue so much that I couldn’t put a grey mouse with it so I hunted down a teal blue version of my Logitech MX 2S. I don’t match mice, but this laptop has driven me to match mice. What has happened to me?

Overall, it’s hard not to give it 10 out 10 for the looks except, in a moment (or two) of insanity, HP did something so idiotic you have to question what they were thinking.

In somewhat of a “what the #$%& ” that you utter when a celebrity says something really stupid that makes you shake your head and question the depth of the IQ pool, HP spoilt it by putting a nice big “Intel inside” sticker right next to the fingerprint reader. To make matters worse, they couldn’t even be bother to put mine on straight.

As if the kinds of users using this laptop are going to give a shit whether Intel is inside. They either bought it themselves (in which case they know) or they had an IT department do it and then they aren’t the kind of users who care. Either way, care factor is somewhere between zero and none.

Yeah, I know you can remove the sticker, but you shouldn’t have to. Given the sticker is removable, it drops it to a 9.75 instead of a 10.

Construction is what I would expect for the price range. Absolutely impeccable. It’s rigid, well constructed. Drop proof, Milspec something or other, most likely to deal with exec tantrums or those frustrated with that Intel sticker.

I could almost stop there and say its a near perfect laptop from a construction perspective, but sadly I can’t. HP, again did something that needs a facepalm. They provided an amazing tiny 65W charger. It’s compact, with a nice wrap around cable…and then they spoil the entire experience by attaching a thick 10m power cable to the tiny brick.

Okay, it’s not 10m, that’s an exaggeration, but the cable between the wall socket and brick would rival the brick for size and weight when folded up. And the thickest conceivable cable. It’s like this cable ate another 5 cables while no one was watching. A stand alone adapter would have been nice (like Apple provide). I. e. Without the cable. I also think they could have provided a shorter cable. The Dell comes with a half a meter cable which seems to be more practical (and smaller).

I order a small 0.5m (20″) cable and an adapter which I will use to replace this. An unnecessary annoyance.

The weight on my version (which has the bigger battery) is 1.13kg’s/2.5 pounds. The lighter version in 2.2 but not available with the 4k screen.

If Apple wants a lesson in construction, unlike the equally expensive and heavier Macbook Pro and Air, HP put a bigger battery, 4K display, fingerprint reader and LTE in the Dragonfly and both the battery and M2 are user replaceable. Some would try argue that Apple focus on aesthetics first, but even that HP got right. What they managed to produce a good looking light weight laptop without screwing the consumer by making it non-user replaceable?

Johnny Ives would be shaking his head demanding to know what saucery was used on this laptop.

With the shift to the Dragonfly, I’m more than halving my carry weight from 2.4kg’s to 1.13kg’s, although the cable from the charger might weigh as much as a Macbook Pro.

This is an area I was a little worried about. The Apple Pencil experience is really amazing. The latency is almost non-existent and the ink feels like it’s coming out of the front of your pencil.

Overall, I think both are acceptable and choosing one would be hard. There are things I like and don’t like with either.

The pen isn’t dockable which is an annoyance, but I’m not sure where you would fit a pen this size on the Dragonfly. It would be nice if they offered some form of attachment to keep it on the side. Even a magnetic attachment point would be a step up to not having one.

I like Apple’s design of having a chargeable magnetic holder and so maybe that’s something for them to think about in the next edition. Having a cable charger for the pencil isn’t ideal.

Coming from the Macbook Pro 13″, the Dragonfly is amazing. I don’t think the Macbook Pro is necessarily bad, but the difference in resolution between the two is noticeable. It’s one of the best screens I’ve seen on a laptop.

Would love it if HP included the privacy screen on the 4K version. It was frustrating having to pick between the privacy and 4K edition, but very little of what I do is confidential enough to worry about it.

Colour accuracy is good but not close to my desktop which has more expensive colour calibrated panel. I won’t be using it for colour accurate work.

Apple used to have amazing keyboards. Then they went to this stupid butterfly design that makes it sound like you’re a tap dancer while you are typing. I’ve tried some of the new Lenovo keyboards and I would put them as class leading. Miles ahead ahead of Apple.

So how does the Dragonfly fare? Surprisingly well, I’d say it’s pretty close to the Lenovo. Overall, about an 8.5/10 and fairly close to what I would class as a desktop quality experience.

I’ve heard people say the keyboard on the Dragonfly feels cramped but I actually find it pretty good. Maybe I’m used to the small iPad keyboard but this is decent.

The mousepad is good. Multitouch features are pretty much expected on todays devices and it doesn’t disappoint. 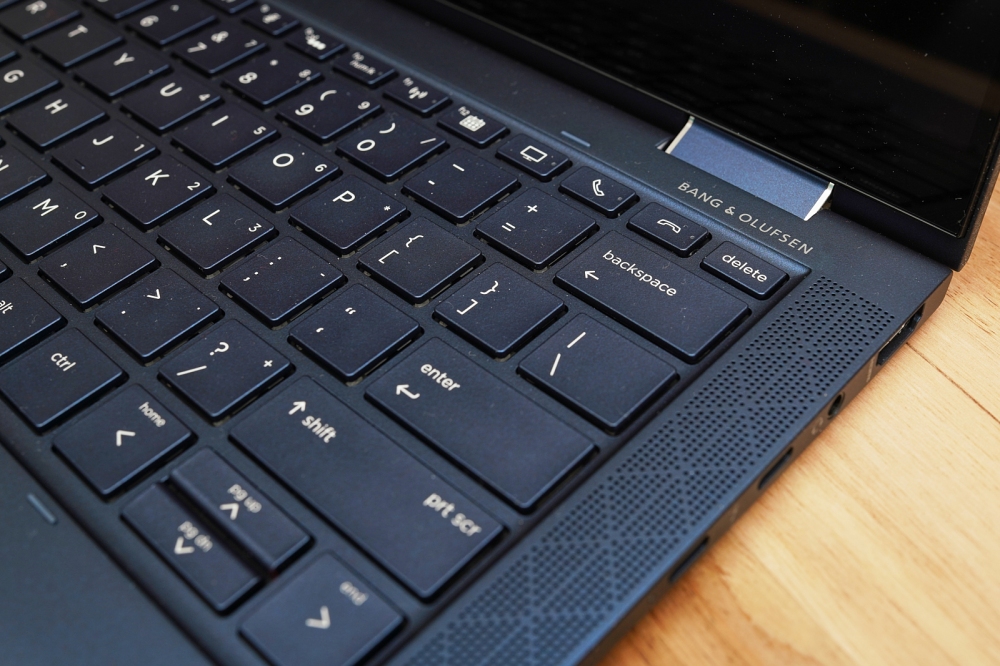 It’s a pretty well designed device from a size and features perspective but it suffers a little in the ergonomics area, maybe as a result of the small size.

The location of the USB-C is somewhat confusing. On the same side as the mouse? Seems like an oversight along with the HDMI port. I would have put the HDMI and USB-C ports on the other side.

Opening the lid isn’t one of it’s design features. There is a little ledge but it’s not what I would qualify as simple, or as simple as it should be for a repetitive task.

Having covered pretty much everything I can think of, if I missed anything, let me know.

What are my final thoughts? I’m damn impressed. This is without a doubt one of the best laptops I have purchased and sad to say but this laptop eclipses Apple in a market they largely owned for a long time.

HP created a laptop that looks as good, has top of the range specs and is upgradable.

I’m still getting used to Windows, but from a hardware perspective. HP gets a WOW from me and in a good way.

One Reply to “HP Dragonfly 2 in 1 Review”